BITCOIN VERSUS ETHEREUM, WHICH IS WHICH? 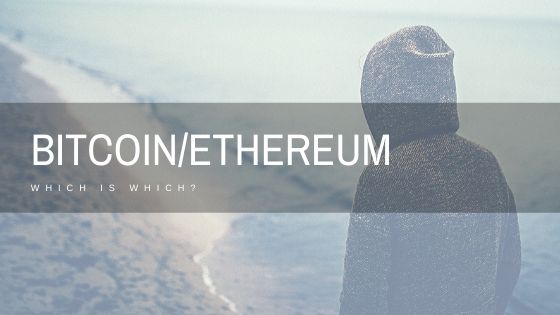 What’s the difference between Bitcoin and Ethereum?

Bitcoin is a “cryptocurrency.” Bitcoin and other cryptocurrencies are competing against existing money (and gold) to replace them with a truly global currency.

The promise of Bitcoin is that it is:

Ethereum is a “token.” What Bitcoin does for money, Ethereum does for contracts. Ethereum’s innovation is that is allows you to write Smart Contracts: basically any digital agreement where you can say “if this” happens, “then something else happens.” For example: 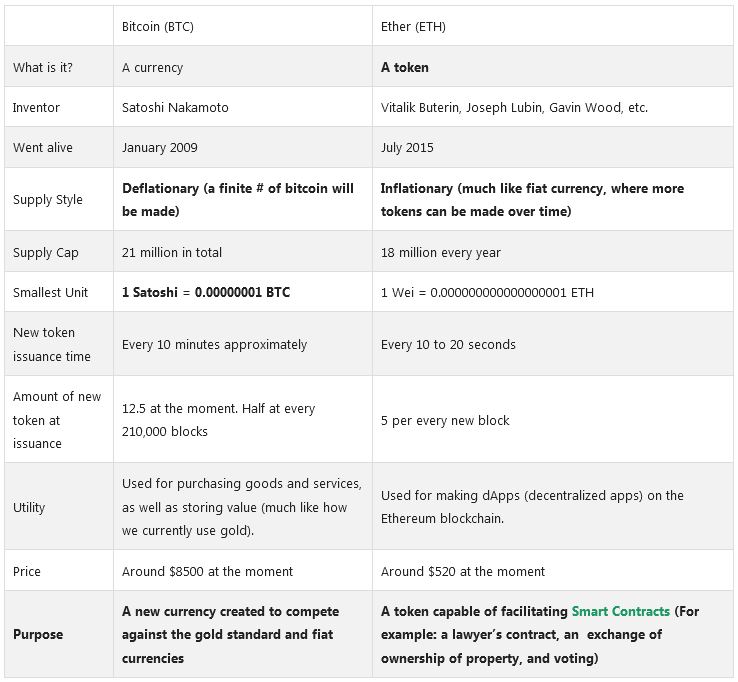 Bitcoin itself is two things: (1) it’s a digital currency known bitcoin (lowercase, also referred to as BTC) and Bitcoin is a technology (also known more generally as  blockchain). Both are called the same thing which admittedly can be confusing for newbies.

With Ethereum it’s similar, but slightly different: the token is called ether (or ETH) and the network is Ethereum. 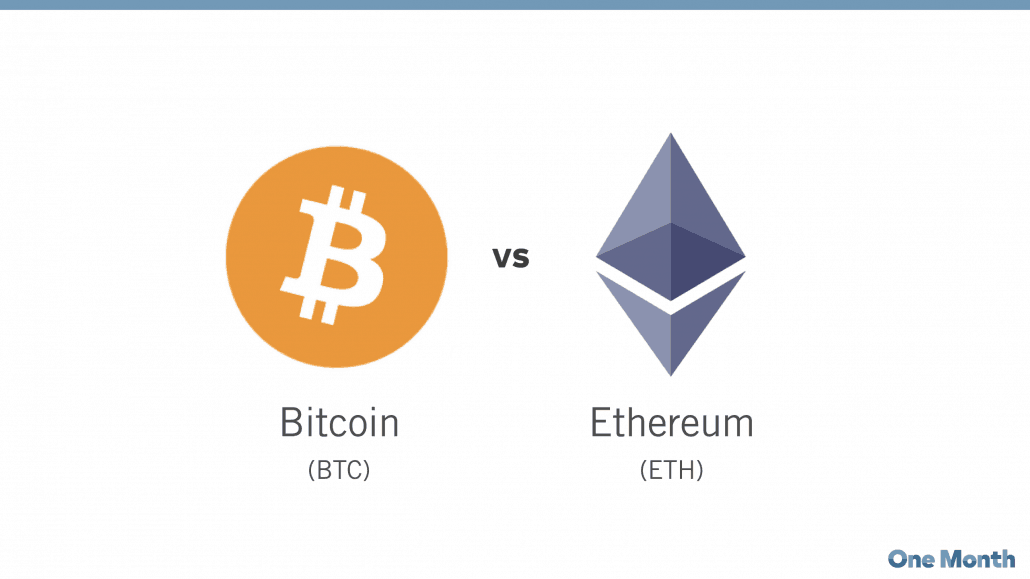 Where do I buy bitcoin and ether?

Coinbase is the most popular, and easiest place to buy both bitcoin and ethereum. Other popular exchanges where you can buy Bitcoin and Ethereum include: Gdax (owned by Coinbase), or Kraken.

How much does it cost?

You can visit Coinmarketcap anytime for the latest price of BTC and ETH.

It’s important to know that you don’t have to buy one entire BTC or ETH, you can buy a smaller percentage of either.

bitcoin vs. ether: How many tokens are available?

For Bitcoin, the total supply cap is set at 21 million. At the moment, according to CoinMarketCap, the circulating supply is around 18,586,737 BTC.

A new BTC is generated approximately every 10 minutes. And after 2140 no more new bitcoins will be created, which is why Bitcoin is said to be deflationary (the opposite of inflation).

When new bitcoins are created miners compete to get them. Miners are people with can play one of two  possible roles: they use their computers to claim new bitcoin and/or they help verify transactions on the network — much like a bookkeeper.

bitcoin vs. ether: What can I do with them?

You can use Bitcoin to send or receive money, or to purchase goods at popular sites like Overstock.com, Namecheap, or Tesla. You can also hold your bitcoin as an investment, or for long term storage of value (kind of like how people invest in gold).

Ether is not as popular as BTC for purchasing goods. At the moment ether is mainly being used by developers building applications on top of it. Over time, and as more apps are developed, the value of ether will likely move from being speculative (as it is now), to more useful in everyday life.

How to storage bitcoin and ether

Once you buy digital currency you’re going to want to store it in cold storage (this is a much more secure place to store your currency. Exchanges like Coinbase are where you want to buy currency, but after you purchase the currency it is not advisable to leave your money at the exchange.)

Bitcoin, ether and many other types of coins can be stored on a cold storage option like Trezor or a Ledger.  If you’re serious about buying, sending, or storing larger amounts of cryptocurrencies I’d suggest you pick one up.

I teach about Bitcoin and Ethereum at Columbia University’s Business School. And also teach online with One Month.

Chris Castiglione is an educator. He is the co-founder of One Month, and an adjunct professor at Columbia University Business School. His mission is to use storytelling as a tool to inspire positive change in the world.

VexaPlus Technologies provides IT solutions and services in areas such as Website design & Development, Digital Marketing, Data Management, IT Project Management, eCommerce among many others.

Call us today and speak to a consultant..!